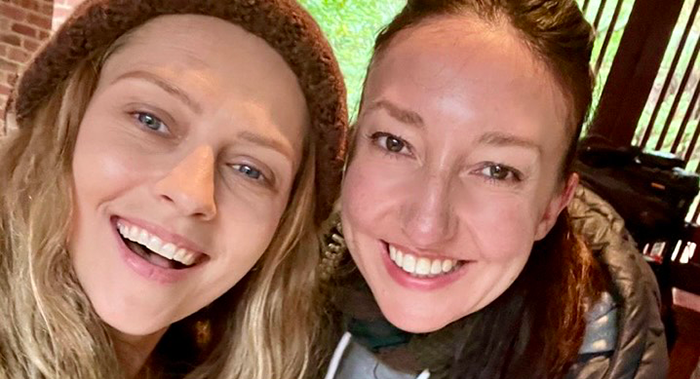 By Anne Morse Email this article

We are indebted to our talented Old Scholars who give back to the College through this very worthwhile programme.

Intercol Open A Soccer Teams recipients of personalised guernseys
Prior to this year's Intercol competition, representatives from the Mercedes Old Collegians Soccer Club (MOCSC) attended the campus to present a donation of personalised soccer guernseys to our Open A Boys and Girls teams.

A large representation from MOCSC also supported the teams at their matches against St Ignatius’ College and continue to give back to our current students.

Both Lauren and Jessie had outstanding games in the final – Lauren at Goal Attack and Jessie at Goal Keeper.

Working together with Disney+
Congratulations Old Scholars Teresa Palmer (Class of 2003) and Charmaine Kuhn (Class of 2002) who are collaborating as actor and assistant director on The Clearing, by Disney+ (main image).

Together they are at the forefront of turning the story of Aussie cult The Family into a star studded eight part series thriller called The Clearing.

Yet another example of our Old Scholars doing themselves and our Mercedes College community proud!