By Hunter Wood Email this article

Last month, Hunter Wood (Year 8) competed with the South Australian Cycling Team at the Australian National Championships. This is his story:

On the first day of the competition (Thursday 24 March), the U15s were competing in the match sprint event, I qualified first out of the 30 riders in the event, with a time of 12.2 seconds over 200 m.

I made my way through the quarter-finals with ease. However, I crashed on my first of three ride-offs in the semis. After a check from the medics and an ‘all good to go’ from the state team mechanic, I was set off to restart the semis against the same rider. I won the first of three but he took the second win, which meant that it was the best-of-three decider. I made my way to the gold medal ride off after winning the decider!

I was against a rider from New South Wales for the gold and silver medal ride off. He was a very tough competitor and used tactics that challenged my abilities, but with a clear mind and the knowledge that I was the fastest qualifier, I took the first two wins of the round and was presented with my gold medal and Australian National Championship jersey and title.

My second win was in the time trial (500 meters), on Sunday 27 March. I was in the last heat and the biggest rider had set a blistering time of 36.8 seconds. After a heart-stopping error in the starting gate, I had to reset and focus back on getting the fastest two laps. I exited the gate and was put into the first position on the first lap with an extraordinary sub-20-second start (19.88 seconds). I came home with a final time of 36.3 seconds.

I also came second in the keirin (Saturday 26 March). It was the closest finish out of anyone over the four days with a difference of only a few millimetres.

I am the second youngest rider in the U15 category and the majority of the others will be moving to U17 very soon. With this said, this has made Team South Australia known much more greatly for their junior cycling programs and abilities within the smallest team in Australia.

I would lastly like to give William Mathwin (Year 10) a mention for also being a critical part of the SA Cycling Team alongside me.

Congratulations Hunter (pictured) and William. from everyone at Mercedes College.

School photographs | order before 6 May 2022

Stay up to date | 2022 Mercedes College Calendar of Events 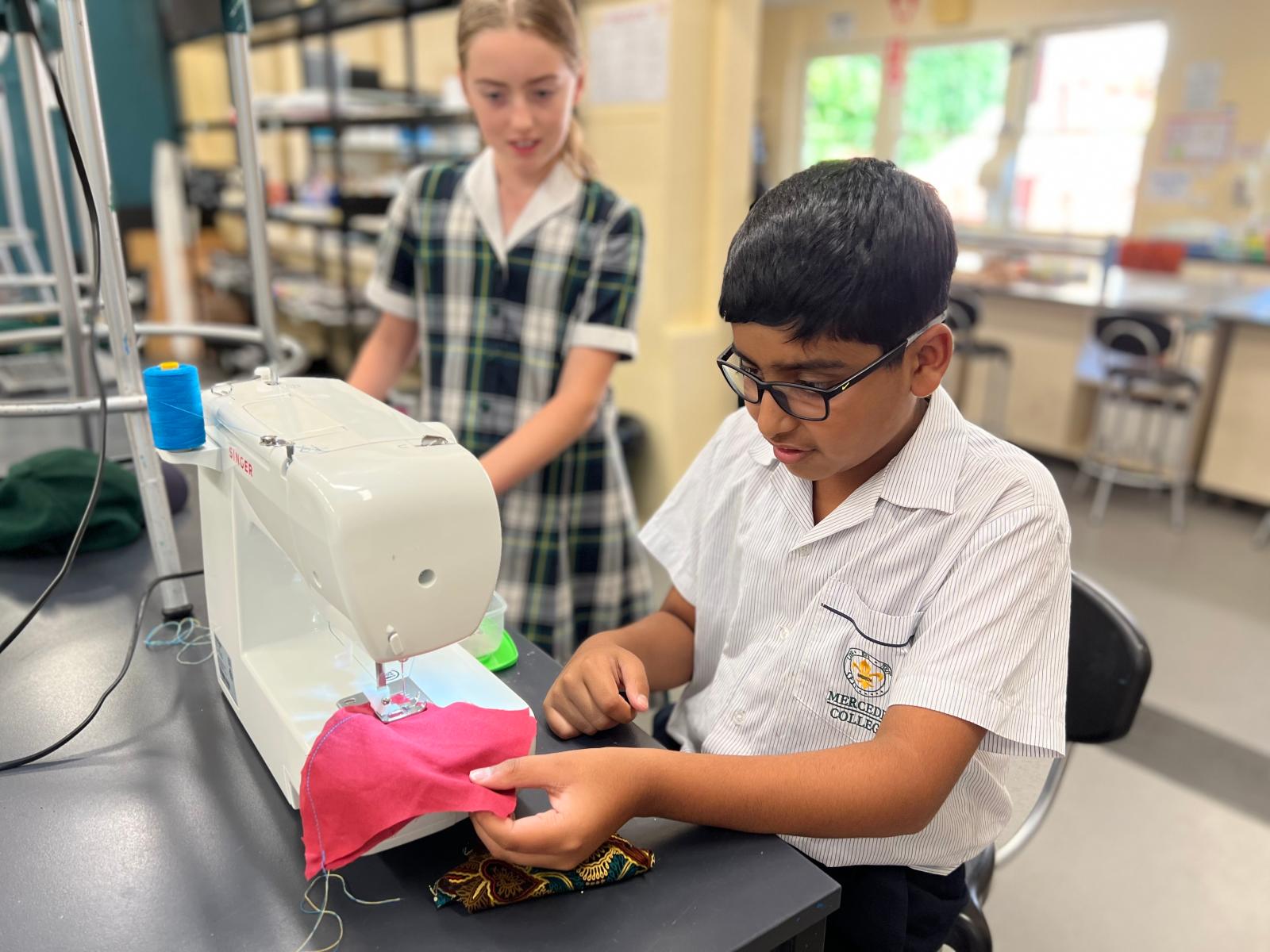 Like Ivy and Mikhail (Year 6, pictured) you can learn new skills, including how to sew. Neither had sewn before yet have achieved so much.