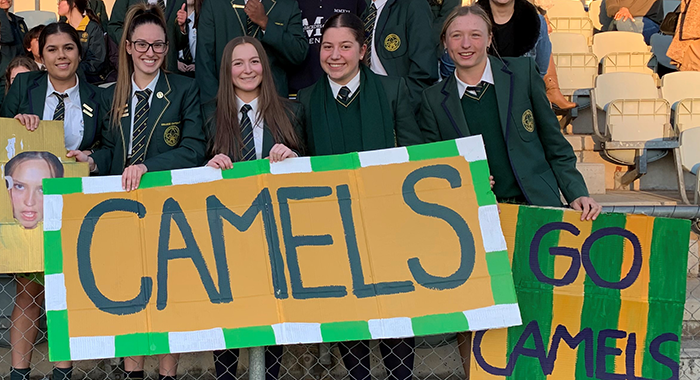 Forging ahead to Intercol 2022

The full schedule for this year's competition

Our annual Intercollegiate competition with Saint Ignatius College will be held this Term in Week 5, from Wednesday 17 August to Saturday 27 August 2022.

Students will compete for 21 shields across Senior divisions, with the College community showing up in force to cheer on our teams.

This year we're also introducing a College Spirit Event at lunch on Friday of Week 4, with a friendly soccer match between schools, stirring tunes, banners, colour, and more. Families are welcome to join the fun from 1:20pm to 2pm on this day. 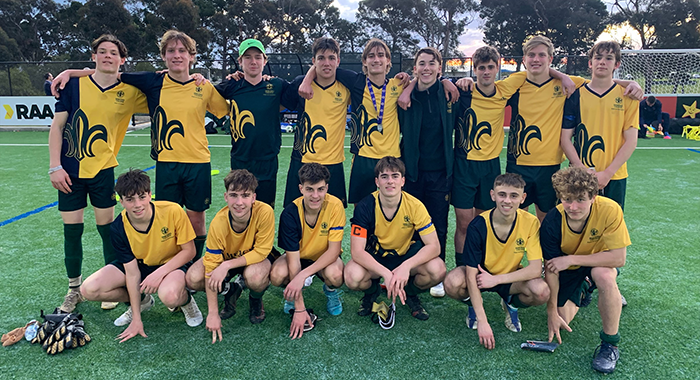 In our first year competing in Division 1 our boys have played against the biggest and strongest soccer schools in the state, including Rostrevor College, Christian Brothers College and our Intercol rivals Saint Ignatius College. Conceding only four goals across seven games, and winning all but one match, the team has qualified to play in the Semi-Finals - a huge achievement!

Special mentions to Jah Arnold (Year 11) for scoring a whopping four goals, and to Joseph Ianniello (Year 11), who was awarded Best Team Man after the game.

We look forward to hearing how the boys go in the finals, and can't wait for our Intercol match up on Wednesday 24 August where we are looking to win a shield that has eluded us for many years.

Jensen Marold (Year 6) has blown his competition away in the Rotax Pro Tour for karting, winning Round 4 in Griffith and accumulating enough points to be unbeatable with one round to go.

After he completes Round 5 in Coffs Harbour, he will be named Australian Mini Max Champion for 2022, and will have the opportunity to represent Australia at the Rotax World Championship Final in Portugal in November. This event will attract 400 drivers from around the world and is a phenomonal achievement for a young man - or, as his father says, "not bad for a boy that gave up karting 20 months ago to race bikes instead"!

A congratulations to Year 12 student Jack Dawson for making his debut with Sturt Lions in the South Australian Premier League last week! Despite a valiant effort from Jack and his team, they went down to Adelaide City 4-1, but we are delighted to boast a Premier League player on our Mercedes College soccer team, especially with Intercol on the horizon!